After six straight years of explosive growth of tech M&A, China’s great shopping spree is winding down. The combination of increasing domestic economic uncertainty and, more crucially, newly imposed currency restrictions has blunted both the drive and the means for buyers from the world’s second-largest economy to do tech deals. Based on spending so far this year, China-based acquirers are on pace in 2017 to hand over just one-quarter the amount they spent on tech acquisitions in 2016, according to 451 Research’s M&A KnowledgeBase.

Of course, last year stands as a record for the value of tech transactions by China-based buyers, with the $40bn worth of announced purchases equaling the total from the two previous years combined. In contrast, the M&A KnowledgeBase totals just $3bn worth of deals by China-based acquirers so far in 2017.

To illustrate just how tight China’s former free spenders have become, consider this: They have yet to announce a single tech transaction in 2017 valued at more than $1bn, after announcing a record 10 such big-ticket deals in 2016. Like acquisitions last year by China-based buyers in non-tech sectors, many Sino shoppers in 2016 went after high-profile targets across the tech sector, including Tencent reaching for videogame maker Supercell, as well as financial firms picking up Ingram Micro and Lexmark.

For a more in-depth look at the recent changes and the outlook for doing deals in China, be sure to join 451 Research’s webinar, ‘The State of Tech M&A in China,’ on May 17 at 1:00pm EST. Tomorrow’s webinar is open to everyone, and you can register here. 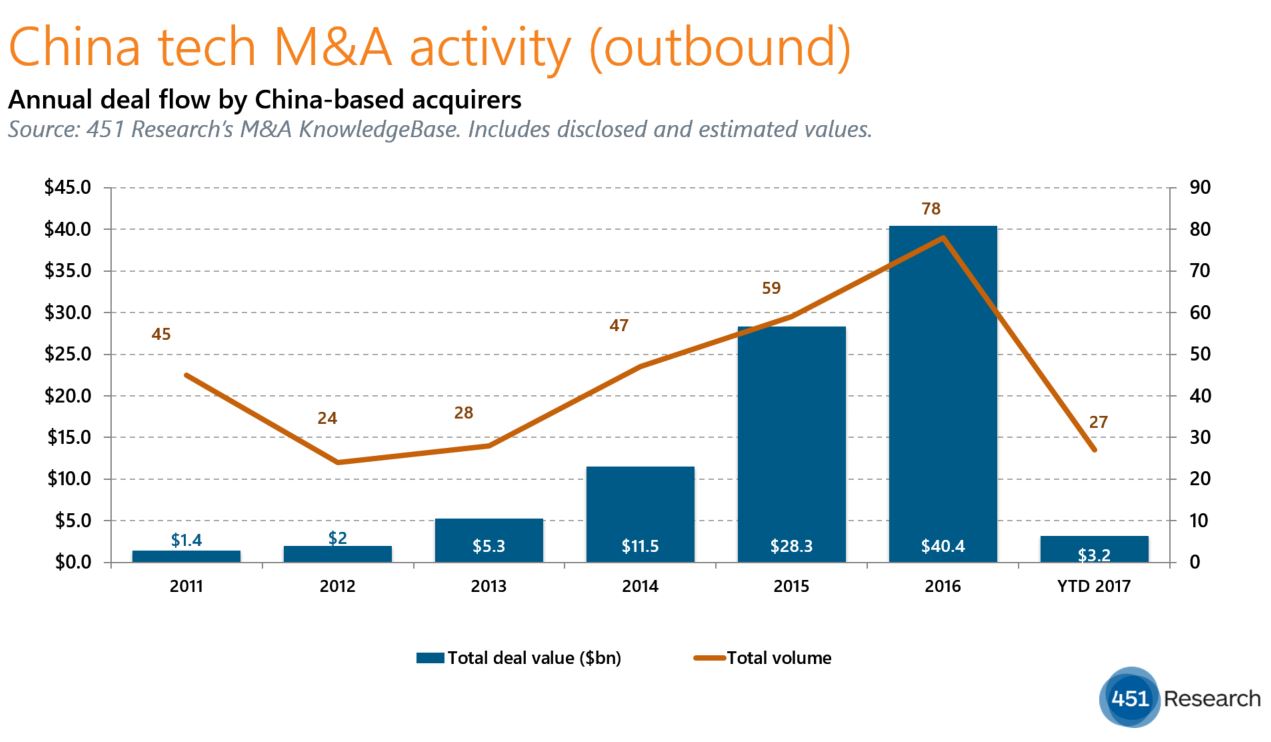