Although there’s still a month remaining in 2017, most startups thinking about an IPO – even those already on file ‘confidentially’ – have already turned the calendar to 2018. The would-be debutants want to have results from the seasonally strong Q4 to boast about during their roadshow with investors, as well as toss around a bigger ‘this year’ sales figure to hang their valuation on. There’s no compelling reason to rush out an offering right now.

That’s true even though the tech IPO market has been pretty active recently. By our count, a half-dozen enterprise-focused tech vendors have come public in just the past two months. (To be clear, that tally includes only tech providers that sell to businesses, and leaves out recent consumer tech companies such as Stich Fix and CarGurus.) The total of six enterprise tech IPOs since October is already higher than the full Q4 2016 total of four offerings.

While there has been an uptick in IPO activity, shares of the newly public companies haven’t necessarily been ticking higher, at least not dramatically so. There hasn’t been a breakout offering. Based on the first trades of their freshly printed shares, not one of the recent debutants has returned more than 20%. Half of the companies are trading lower now than when they debuted. Meanwhile, investors who aren’t interested in these new issues can’t seem to get enough of stocks that have been around a while, bidding the broad market indexes to record high after record high this year. The much-desired IPO ‘pop’ has gone a little flat here at the end of 2017, which might have some startups slowing their march to Wall Street in early 2018. 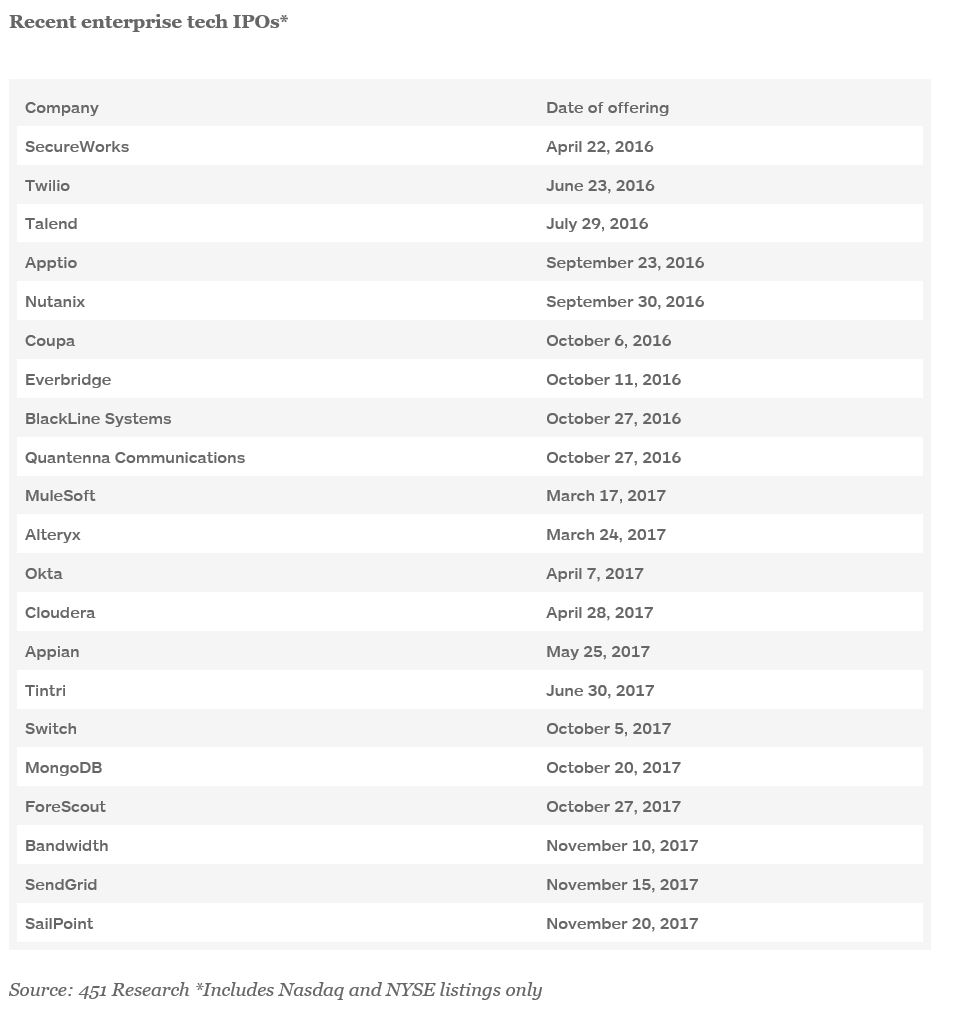