Software M&A has fallen on hard times. Spending on application software deals has dipped to its lowest level in recent years, with the value of purchases so far in 2017 dropping to less than half the amount in the comparable period of each of the past three years, according to 451 Research’s M&A KnowledgeBase. The reason? The bellwethers aren’t buying big.

Salesforce has only done one small acquisition so far this year, after a 2016 shopping spree that saw it ink 12 deals at a cost of $3.2bn, according to an SEC filing. Similarly, Oracle’s largest print in 2017 is less than one-tenth the size of last year’s $9.5bn consolidation of NetSuite, which stands as the largest-ever SaaS transaction. (Subscribers to the M&A KnowledgeBase can see our proprietary estimate on terms of Oracle’s big print this year, its reach for advertising analytics startup Moat.) SAP has been entirely out of the market in 2017.

Since large vendors are also typically large acquirers, their absence has left application software a dramatically diminished sector of the overall tech M&A market. Application software accounts for just $7.7bn of the $132bn in announced deal value so far in 2017, according to the M&A KnowledgeBase. On an absolute basis, that’s the lowest level for the opening half of any year since the recent recession.

More tellingly, however, application software’s ‘market share’ has fallen to only about a nickel of every dollar that tech acquirers across the globe have handed out so far this year. Our M&A KnowledgeBase indicates that the 6% of total tech M&A spending in 2017 for application software is just half its share over the previous five years. 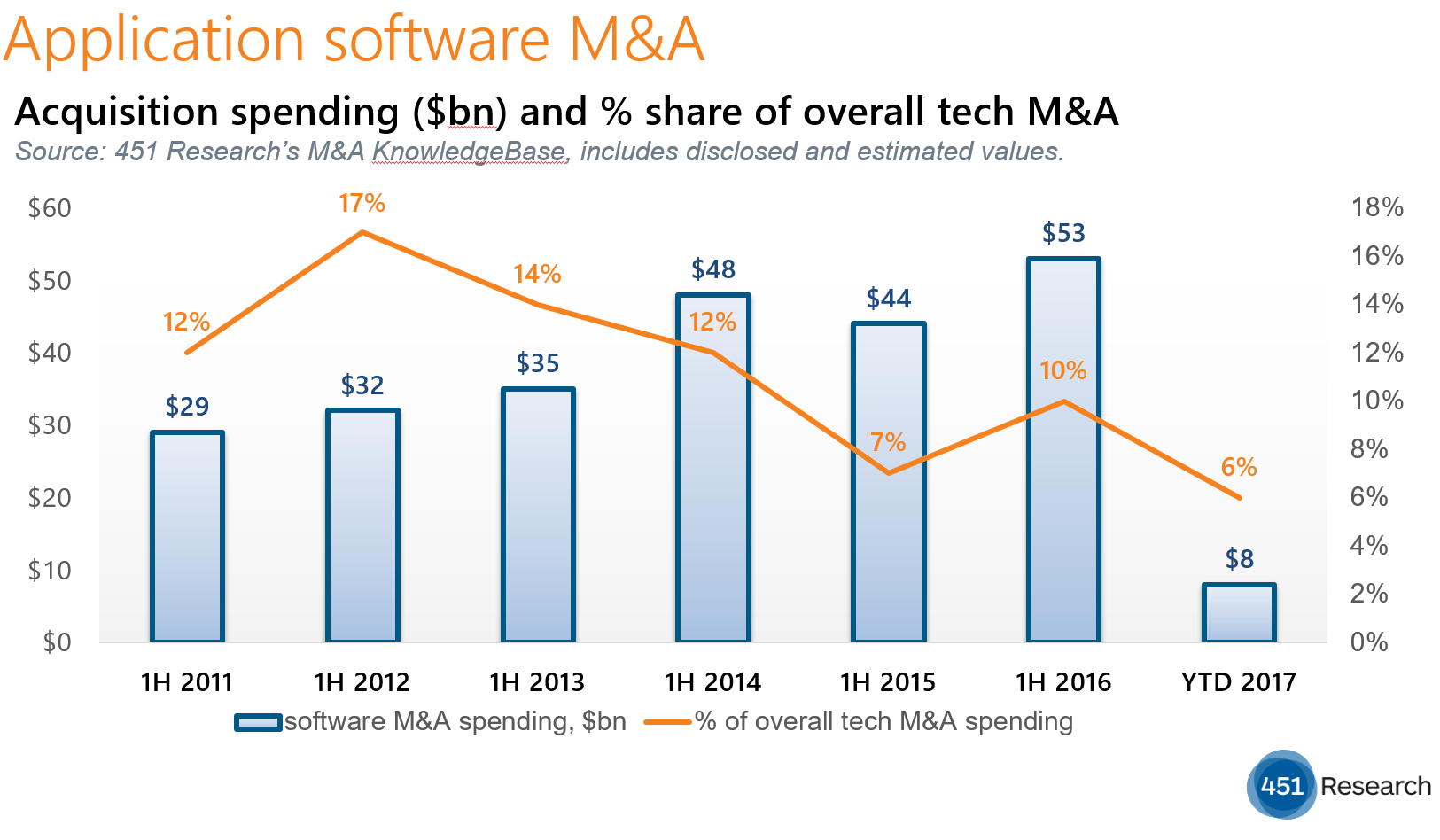