For all the dramatic impact that private equity (PE) firms have had in snapping up huge chunks of the tech landscape, most of Silicon Valley actually knows very little about these buyout shops. (Not for nothing is the industry called private equity.) The little that is known about them probably dates back to Barbarians at the Gate, when the firms mostly operated with a strip-and-flip strategy. That’s not really the approach these new power brokers are bringing to their current tech investments.

In the rebooted strategy for hardware and software vendors, many of the buyout shops have swung their focus from costs to growth. Sure, PE firms still prize cash flow, but in many cases they will be looking as closely at the trend line for MRR as they do EBITDA generation. It’s an approach that has helped fuel five straight years of increasing tech deals by buyout shops, rising to the point now where financial acquirers are putting up more prints than the longtime leaders of the tech M&A market, strategic buyers.

Between direct acquisitions and deals done by portfolio companies, PE firms are on pace to purchase roughly 900 tech companies in 2017, which would work out to roughly one of every four tech transactions announced this year. That’s about twice the share of the tech M&A market that buyout shops have held even as recently as two years ago. More than any other buying group, PE firms are setting the tone in the market right now.

For a closer look at the stunning rise of PE buyers in the tech market, 451 Research is publishing a special two-part report on the trend, ‘Preeminent PE: The New Masters of the Tech Universe.’ The first part of the report takes a look at how financial acquirers sprinted ahead of strategic buyers, and how the current PE boom is different from the previous PE boom before the credit crisis. The second part turns to the strategy and valuations of tech deals done by buyout shops.

Although both of these reports will only be available to 451 Research subscribers, everyone is invited to join 451 Research for a webinar on the activity and outlook for PE firms in tech M&A on Thursday, September 7 at 1:00pm EST. Registration can be found here. 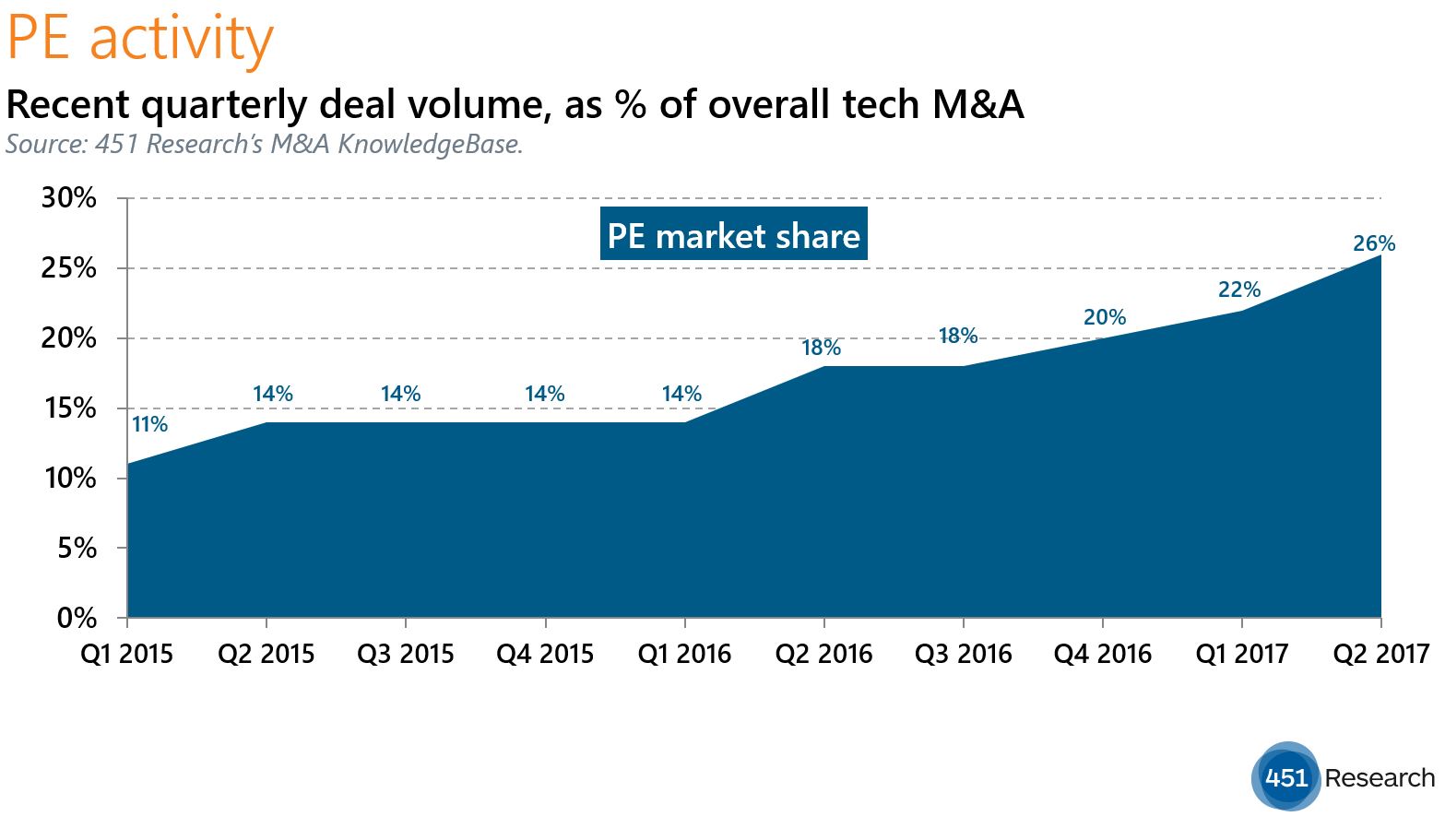