After a four-month shutout, the enterprise tech IPO market is back open for business. Infrastructure software vendor MuleSoft surged onto the NYSE, more than doubling its private market valuation. It sold 13 million shares at an above-range $17 each, and the stock promptly soared to $24.50 in late-Friday-afternoon trading. That puts the fast-growing company’s market valuation at slightly more than $3bn, twice the $1.5bn value that venture investors put on it.

MuleSoft’s debut valuation puts it in rarified air. Based on an initial market cap of $3.1bn, investors are valuing the company at a stunning 16.5x its trailing sales of $190m. That multiple is twice the level of fellow data-integration specialist Talend, which went public last July. Talend currently trades at a market cap of about $875m, or 8.3x its trailing sales of $106m. The valuation discrepancy indicates that investors are once again putting a premium on growth: MuleSoft is larger than Talend and – more importantly to Wall Street – it is growing nearly twice as fast. (See our full report on the offering as well as MuleSoft’s ‘hybrid integration’ strategy – what it is and where it might take the company in the future.)

The IPO netted MuleSoft $221m, or $206m after fees. That’s undoubtedly a handy amount, but we would note that it is still less than the $260m it raised, collectively, from private market investors. (Somewhat unusually, there are three corporate investors on the company’s cap table.) All of those MuleSoft backers are substantially above water on their investment following the IPO. That bullish debut is likely to draw more high-flying startups to Wall Street after a discouraging 2016, when only two enterprise tech unicorns went public. This year will likely match that number next month, when Okta debuts. The identity management startup revealed its IPO paperwork earlier this week, putting it on track for a mid-April debut. 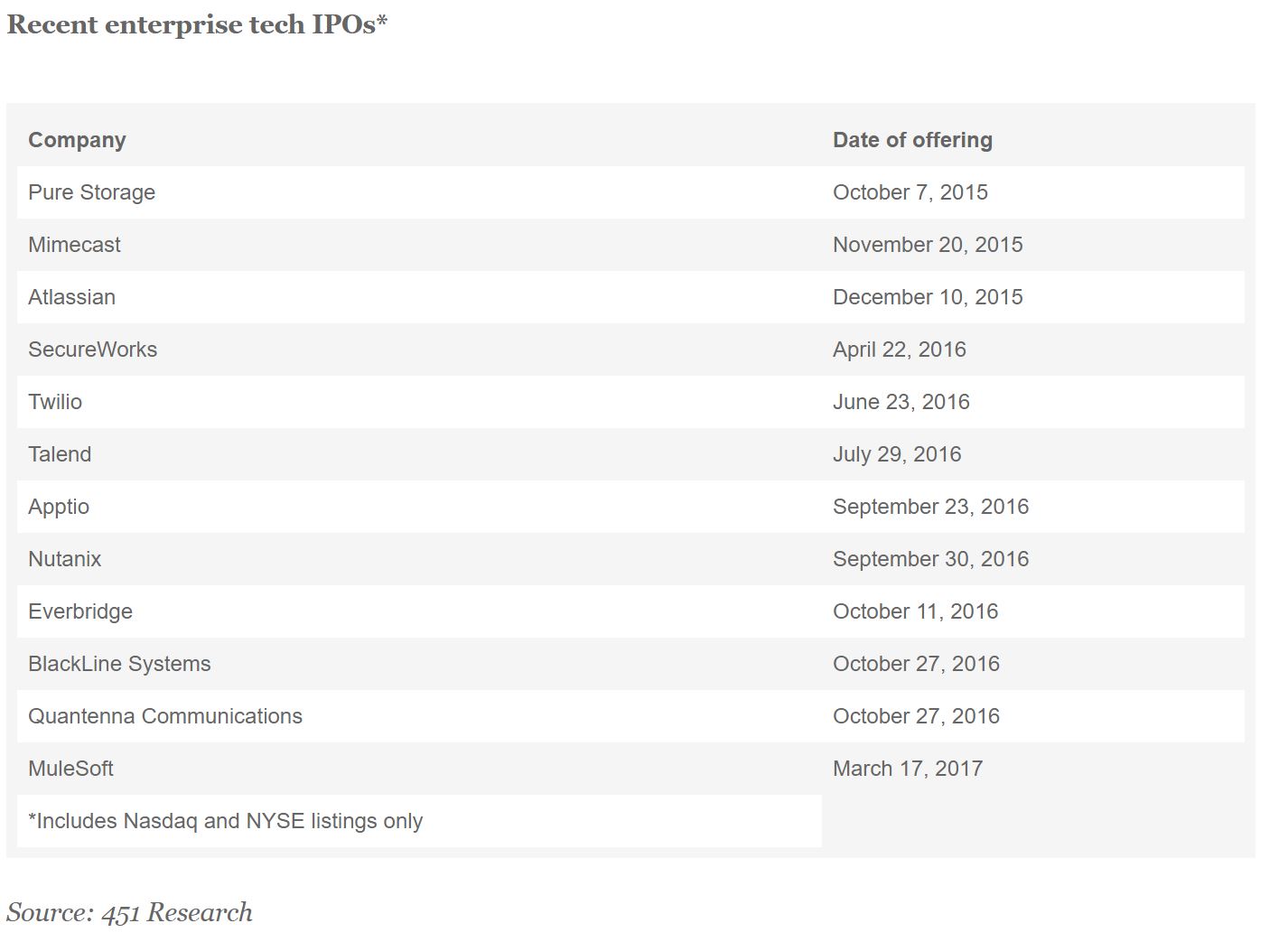