In announcing the largest-ever tech transaction, both Dell and EMC repeatedly assured the market that VMware, which has consistently accounted for an outsized chunk of EMC’s overall valuation, would retain its status as ‘first among equals’ in the EMC federation. Roughly speaking, VMware generates only about one-quarter of EMC sales, but accounted for three-quarters of the EMC’s overall value before the acquisition. VMware was rightfully termed the ‘crown jewel’ of the landmark transaction.

However, despite those intentions, VMware has nonetheless lost some of its luster due to the pending acquisition, at least in two key constituencies. Both IT buyers and Wall Street investors are more than a little bearish on Dell owning the virtualization kingpin. Since the acquisition was announced, VMware’s market value has fallen by as much as $5bn. (That decline is also pulling down the overall value of the transaction because part of the consideration is in the form of tracking stock.) VMware shares have slumped to their lowest level since mid-2013.

To understand why Wall Street is selling the Dell-EMC deal, we have to look to the ultimate arbiters of value for any company: customers. And based on 451 Research’s survey of nearly 450 IT decision-makers, Dell has a lot of work to do to ease the concerns that it will mishandle EMC and its ‘crown jewel.’ In our survey, four of 10 IT pros who currently buy EMC products, but do not buy Dell products, gave the proposed acquisition a ‘thumbs down.’ That was almost three times higher than the percentage of pessimistic Dell-only customers. The main reason cited by EMC-only customers for their bearishness? They still view Dell as dealing in commodity technology. Obviously, with that perception, it’s going to be extremely challenging for Dell to hit its target of $1bn ‘revenue synergies’ through its EMC acquisition. 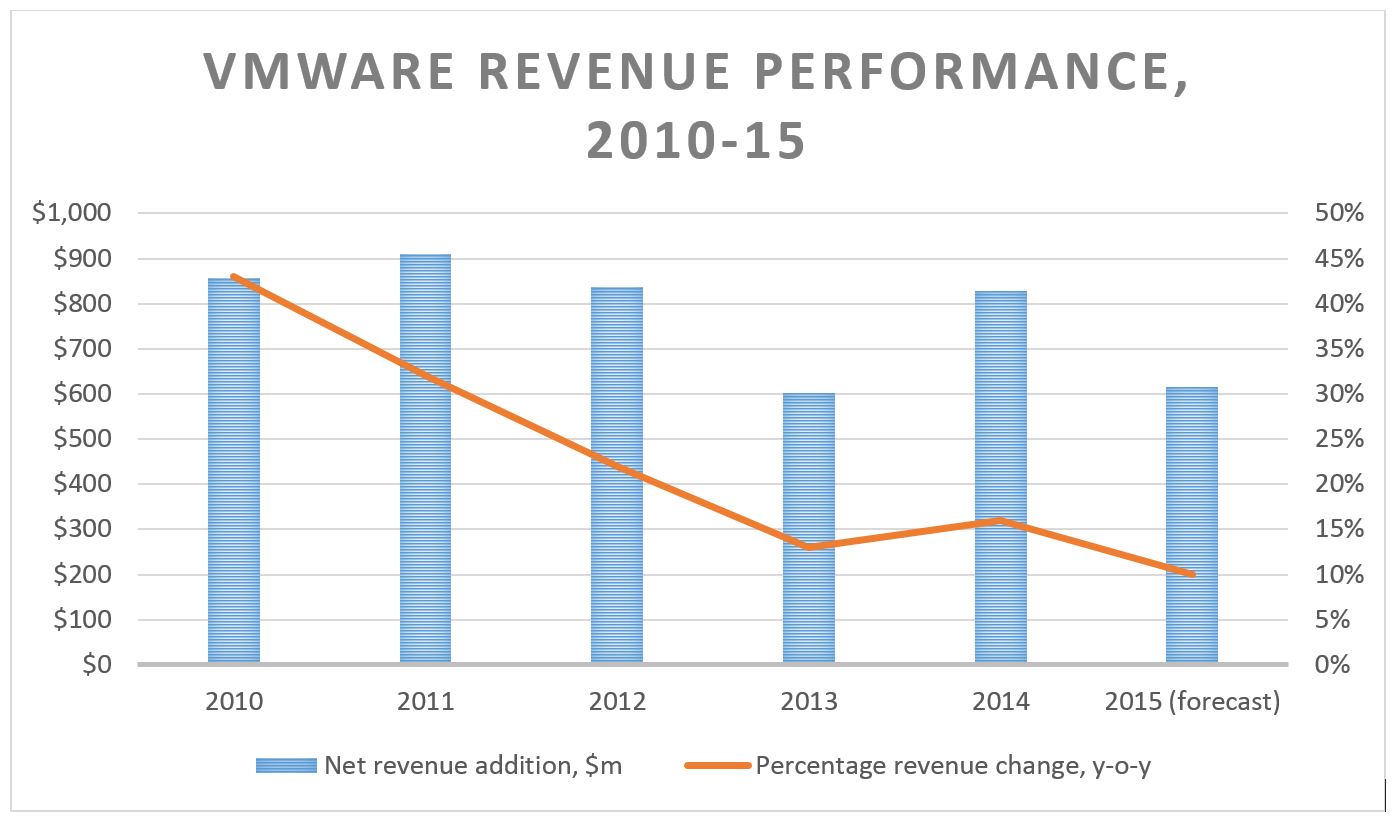