As tech companies said goodbye to 2017, most of them did so with fond memories of the past year. Public companies nearly all saw steady gains on Wall Street, with more than a few hitting record highs. Record amounts of venture money flowed to startups, while more-established companies looked ahead to their already-stuffed treasuries getting even fuller when the benefits of the recently passed tax program kick in. And probably most importantly, customers are saying they are ready to spend on tech like they haven’t been since the recent recession.

In a November 2017 survey by 451 Research’s Voice of the Connected User Landscape, fully 50% of the 872 respondents said their company is giving a ‘green light’ for IT spending. That was the highest reading since 2007, and 13 basis points higher than the average survey response for the month of November for the previous five years. During that 2012-16 period, in fact, respondents unanimously said their companies were more likely to cut their IT spending than increase it.

All in all, the end of last year was a good time for publicly traded tech companies to do business. And they did, except in one crucial area: M&A. Tech acquirers announced one-quarter fewer deals in Q4 2017 compared with the final quarter of the previous three years, according to 451 Research’s M&A KnowledgeBase. Meanwhile, spending on tech and telco acquisitions in the October-December period slumped to the lowest quarterly level since Q2 2013.

Historically, there has been a relatively tight correlation between overall IT budgets, company valuations and M&A activity. To some degree, activity in all three of those markets is determined by a single shared characteristic (confidence), so it follows that there would be some interdependence in the trio. And yet, as we step from 2017 to 2018, that connection appears to be breaking down. Tech companies are enjoying record levels of confidence from customers and investors, yet are rather timid when it comes to shopping. 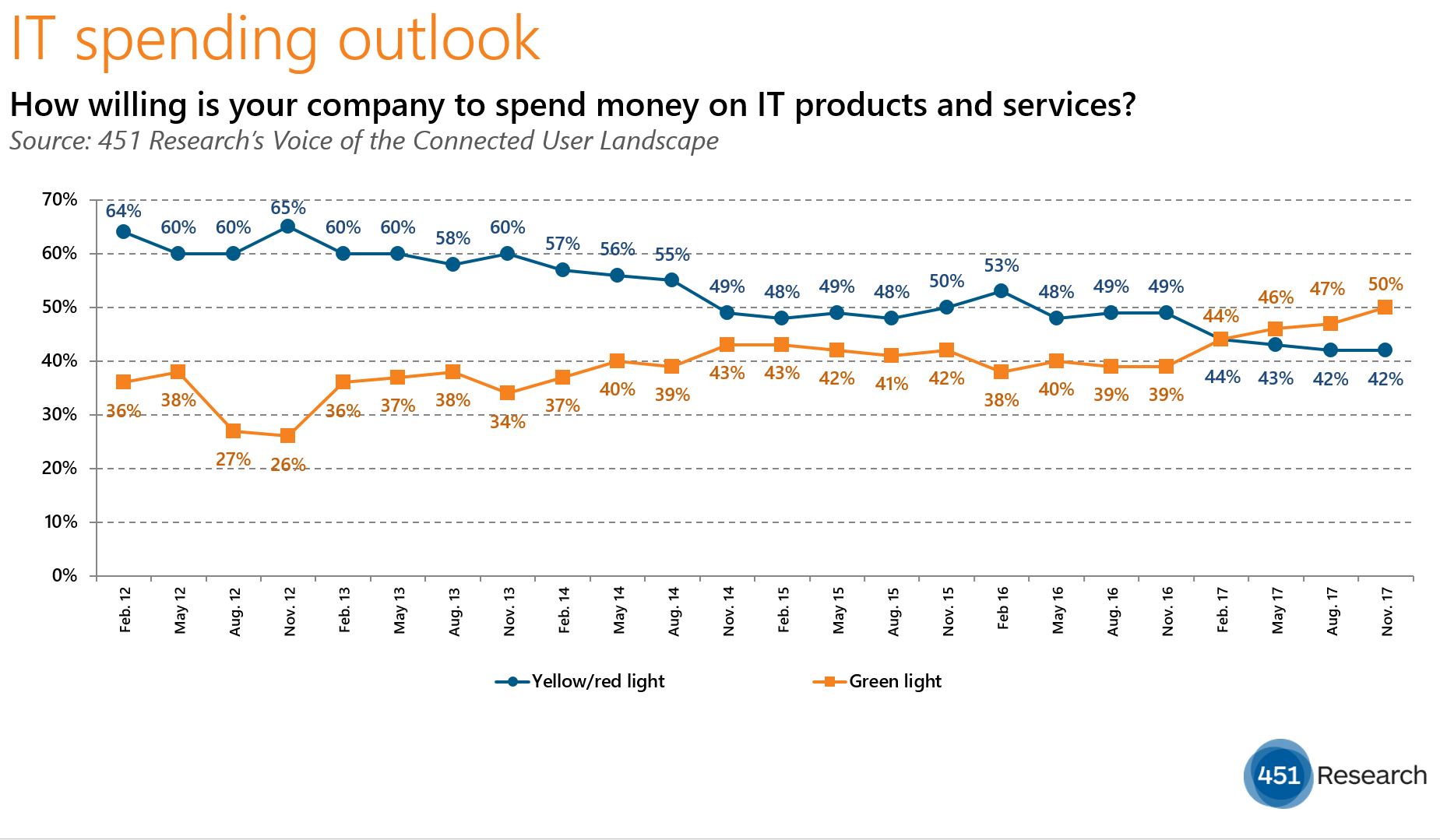