The US government scuttles yet another acquisition of a US company by a Chinese firm, helping to deplete a diminishing channel of tech M&A activity. The failure of Ant Financial to move its $880m purchase of MoneyGram past the Committee on Foreign Investment in the United States (CFIUS) cuts in half an already dwindling amount of US-bound tech M&A from China.

Now that Ant Financial has pulled its proposed purchase of MoneyGram, 2017’s total for China-US tech M&A sits barely above $1bn, and half of that comes via the pending sale of semiconductor testing vendor Xcerra, which recently refiled its application with CFIUS to allow for more time to review. The outlook for China-US deal-making is becoming exceedingly dim. In the September M&A Leaders’ Survey from 451 Research and Morrison & Foerster , 79% of respondents told us that such deal activity would decline under the Trump administration, up from 65% who anticipated a decline in our April survey. 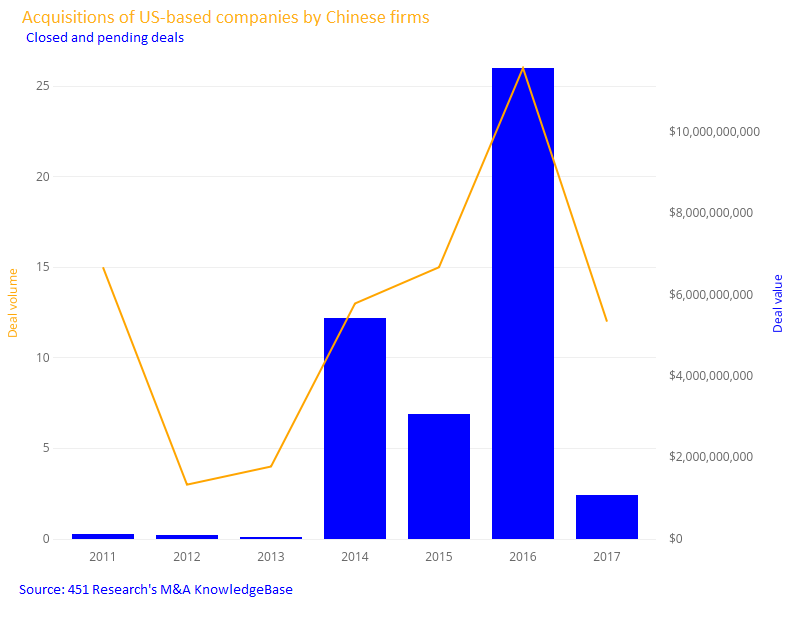